US Marines Safe from Religious Prosecutions – Coast Guard Under Attack 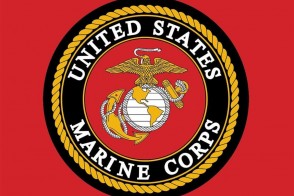 The US Marines were finally awarded protection against COVID-19 vaccination mandates. “Oorah!” A federal judge agreed to the class action lawsuit against Secretary of Defense Lloyd Austin. All Marines who were denied religious exemptions are finally receiving justice. Out of the 3,733 Marines who applied for exemptions, only 11 were granted an exemption. “Is it more likely than not — in nearly all 3,733 cases —that no reasonable accommodation was available?” the court asked.

Judge Merryday of Florida declared that the following members are safe from religious prosecutions:

The judge went on to explain the Religious Freedom Restoration Act of 1993 (RFRA) and how it applies to all Americans from the president to military recruits. “[E]ven if they don’t agree with it. The Free Exercise Clause and RFRA are the law of the land,” the judge declared.

Unfortunately, not all of our servicemembers are safe. The Coast Guard Academy ordered all unvaccinated cadets to evacuate the campus within 24 hours. This includes those who applied for religious exemptions, as fetal tissue is used to create the useless vaccine. So at a time when military recruitment is at an all-time low, the government is disenrolling candidates for no valid reason. The Coast Guard expects the candidates placed on leave to enroll in online military training! It is disgusting to see our service members disrespected by the government they have put their life on the line to protect. I expect more lawsuits to follow.

The World at War