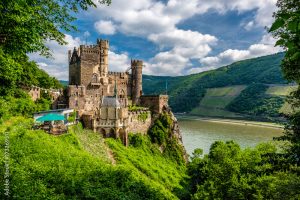 The drought across Europe has caused substantial problems. In Germany, the Rhine has all but evaporated. Freights have been forced to reduce their loads across the river, but some are foregoing the route altogether. German authorities have not closed the river but are permitting shippers to cross at their own risk — and it is a risk many are not willing to take. Shipping vessels have been sailing half to a quarter full, according to Reuters, adding to the supply chain bottleneck. Numerous companies are shifting to railway transportation but that will take time.

Around 80% of all goods transported to Germany via waterways come through the Rhine and this passageway is crucial for all of Europe. The last major drought occurred in 2018, prompting German authorities to close the passage for 132 days, which nearly triggered a financial crisis. The water was at a low of 27 cm in October 2018, and water levels are quickly rescinding.

Authorities will try to deter another shipping halt, but there won’t be much they can do if the water levels continue to drop. Some estimate that the Rhine will be closed to ships as soon as Friday. The implications will be far worse than in 2018, as there was not a global supply chain shortage exacerbating inflation.

The post The Rhine Drought first appeared on Armstrong Economics.