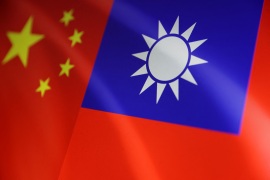 A stark contrast in narratives about China’s future is emerging inside and outside of China. This is partly a function of the dramatic constriction in the flow of people and ideas into and out of China, owing to China’s COVID-19 quarantine requirements. There also are fewer foreign journalists in China to help the outside world make sense of developments. Those foreign journalists and diplomats who are in China often are limited in where they can travel and who they can meet. There also is tighter technological control over information inside China than at any point since the dawn of the internet age.

The Chinese Communist Party Propaganda Department’s triumphal narrative of the country’s successes is finding few takers outside of China. That has not diminished its determination to curate a single narrative of the country’s national condition inside China, though. China’s leaders believe narrative control is power. Even though their triumphal narrative is not embraced by everyone inside China, it is the party line, and it has become dangerous for anyone inside China to challenge it.

Inside China, the story is one of a country overcoming American hostility to return to its rightful place at the center of the world stage. In this telling, the balance of global power is tilting toward China. China is quickly narrowing the gap in economic output with the United States and will soon emerge as the world’s largest economy. Beijing is rapidly advancing its military capabilities. Through its COVID diplomacy and economic largesse, China is solidifying its place as leader of the developing world. At home, China is eradicating poverty, improving air and water quality, and lifting quality of life for many of its people. Meanwhile, the United States and other Western democracies are unraveling from within, plagued by political dysfunction and domestic divisions.

In the United States and elsewhere, the picture of China’s recent performance appears more mixed. The discourse on China also is messier; analysts and observers can draw on competing sources of information to inform their judgments. Broadly speaking, though, the mainstream view is that China’s dynamic zero-COVID policy is a scientifically unsupported and failing vanity project that the top leadership is too stubborn to jettison. China’s statist economic turn and its arbitrary crackdowns on various sectors of the economy have undermined productivity and sapped dynamism. China’s real estate sector is a mess. National debt is growing while China’s working-age population is shrinking. Externally, China’s embrace of Russia amidst its barbaric invasion of Ukraine has undercut its relations with the European Union. China’s global image is plummeting. And its relations with developed industrial powers who still command significant influence in the international system are uniformly strained.

This confluence of factors has led some American scholars to conclude that China confronts the most acute combination of social, economic, and geopolitical challenges since the Tiananmen Square massacre in 1989. There now is an active debate in the United States over whether China’s power is peaking or ascending. In a recent closed-door workshop of China experts I co-hosted, views were evenly divided on this question.

This split-screen division in how China sees itself and how others see China carries several important implications. First, it assures that events will be interpreted differently in Beijing and in other capitals. For example, when Beijing’s wolf warrior diplomats blast their foreign hosts, it will be framed inside China as a justified defense of China’s dignity and abroad as an example of China’s bullying arrogance. When other countries demonstrate support for Taiwan, it will be curated inside China as part of a Western plot to split and weaken China, whereas it will be seen elsewhere as a necessary counter to Beijing’s growing pressure on Taiwan.

Such a division in interpretation of events provides fertile ground for friction. When neither side can agree upon a diagnosis of a problem, they will not be able to reach a common prescription for managing or resolving it. Particularly when nationalist sentiments are inflamed, as is the case inside China now, there will be a bias among policymakers toward overreaction to events to demonstrate vigor in defense of national security and honor.

Second, how a country evaluates its future informs how it acts. As the political scientist Daniel W. Drezner has observed, countries that are optimistic about their future tend to make long-term bets to strengthen their position. They seek to attract others toward their vision of the future. Pessimistic powers, on the other hand, focus on improving military capabilities and are more prone to use force to achieve objectives. When time is no longer seen as on one’s side, countries take risks to achieve their goals before it becomes too late to do so.

The stakes for Taiwan are significant. The best case for Taiwan is if China feels confident and believes it is gaining strength when in fact its ascent is flattening out. The steadier Taiwan’s leaders are in this moment, the more likely that China’s leaders will convince themselves of the brightness of China’s future. Taiwan is fortunate to have such a leader in Tsai Ing-wen. By neither bowing to pressure nor provoking Beijing, Tsai is a leader whose temperament and skill are fit for the current moment.

When the lawyers come for autonomous vehicles

Technology and the future of jobs in Africa