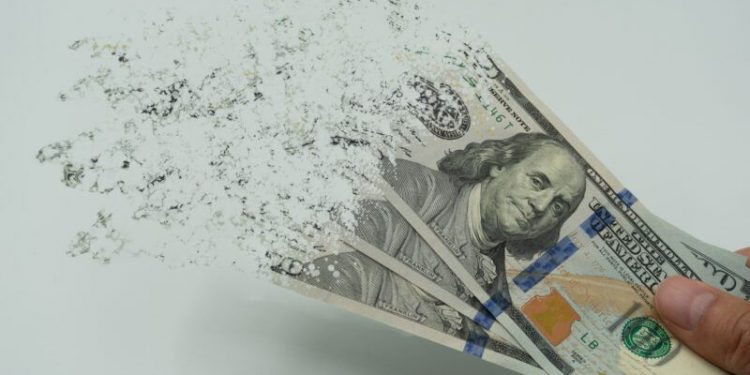 With Thursday’s abysmal 2nd quarter GDP number, the US is officially in a recession. The path to a soft landing for the US economy has virtually closed. The US economy shrank 0.9 percent in the second quarter, on top of a 1.6 percent contraction in the first quarter of 2022. The hangover of ruinous pandemic policies like lockdowns, in addition to fiscal, monetary, and regulatory policies animated by ideology rather than sound economic principles, are bearing their sordid fruit.

Inflation continues to rise, reaching levels not seen in two generations. A Census Bureau survey taken between June 29th and July 11th reports that 48 million US consumers are having a “somewhat difficult” time contending with household expenses, 43 million report having a “very difficult” time, and 58 million a “little difficult[y]” making ends meet. It’s not surprising that Walmart, whose entire business is based upon offering essential consumer retail goods at the most deeply discounted prices possible, announced a profit warning early this week. When rising prices drive consumers to adjust their consumption patterns radically enough that Walmart’s business suffers, the outlook is considerably gloomy.

That news ties to recent releases of the University of Michigan Surveys of Consumers, where the composite, current economic conditions, and consumer expectations subindices are consistent with prior recessions. The third of those, consumer expectations, is at its lowest level since May 1980. The Consumer Sentiment Indicator, struck hard by pandemic mitigation measures, has moved inversely with the rising general price level, starting in March 2021.

Despite the constant attempts to pin the rise in the general price level on Putin’s invasion of Ukraine in February 2022, it’s readily apparent that prices, far and wide, began rising in early 2021. The graph below depicts the five year trend of gasoline (white), retail electricity (yellow), meats, poultry, and fish (purple), used cars and trucks (aqua), and veterinary services (orange). The trend in these disparate groups and services makes clear that the general price level began rising over one year ago, early in 2021. Bear in mind when looking at this chart that the Fed was still calling inflation “transitory” until November of 2021

We’ve had two consecutive quarters of negative GDP growth, but what’s happening under the hood? What about industrial production? Mining has been strong. But many sectors remain stubbornly below pre-pandemic levels, and the post-pandemic recovery seems to be stalling. Manufacturing output has fallen for two months in a row, and motor vehicle parts and vehicle assembly are below 2020 levels. Industrial output is now down for two months in a row with few clear prospects for improvement. Rising costs are creating drag here as well as in consumption–yes, inflation hurts producers as well as consumers.

Also contributing to the growing slack are shipping problems, now approaching a year since they made headlines. As the prices to ship a 40-foot container over these benchmark Pacific (white) and Atlantic (orange) sea routes show, conditions have improved but remain elevated.

For over a year employment numbers have presented a mysterious augury, but are now becoming clear. In historical terms, initial unemployment claims remain low, and the US unemployment rate stands at 3.6 percent. But over the last two months labor markets have softened. Initial claims have been ticking higher, recently hitting an eight month high. The number of open jobs, meanwhile, has fallen.

There are now three million fewer people in the US workforce than there were before the pandemic. The labor participation rate is over 1 percent lower than it was in January 2020. Pandemic mitigation policies drove several million Americans into early retirement, and school closures drove women out of the workforce in droves – down to levels not seen since the early 1970s. On top of that, enhanced unemployment benefits and Federal stimulus checks have fattened savings accounts by $4 trillion in two years. Nearly 70 percent of unemployment claimants say they earned more out of work than they did employed.

The Federal Reserve should have started hiking rates in 2021 when prices began rising. Instead, it seems to have been preoccupied with fielding inquiries and reporting on the possibilities of applying monetary policy in the service of climate change, equity, and other wokist baubles. So, America is in a recession. A mild recession, presently, but a recession nonetheless.

In a Bloomberg Radio interview early this year I was asked what I thought about the likelihood of stagflation. I commented at that time (January 2022) that while the “[in]flation” part of the ugliest portmanteau in economics was clearly occuring, the “stag[nation]” element wasn’t. Half a year later, an ugly picture is coming into focus: rising inflation, slowing growth, and a job market that looks poised to deteriorate. Bearing in mind the lag associated with employment, it is no longer unthinkable that stagflation may be ahead.

The FDA Is Funding and Approving Cigarettes

Would You Abdicate If You Could Be the Dictator?

Would You Abdicate If You Could Be the Dictator?

The Politicization of Vaping Studies