USMCA at 2: Visions for next steps 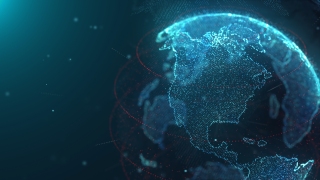 July 1, 2022 marks the second anniversary since the U.S.-Mexico-Canada Agreement (USMCA) came into force. Over the last two years, trade among the North American partners has recovered to pre-pandemic levels having grown 22 percent since 2020 to a total of 1.26 trillion in 2021. It is also worth recalling that for each party to USMCA, trade with the other two parties represents their most important international trade relationship. Over the last two years, the effectiveness of USMCA in managing economic relations has also been demonstrated repeatedly. For instance, the new USMCA Rapid Response Mechanism for labor complaints has been used four times to strengthen free voting and union representation at manufacturing facilities in Mexico. The USMCA State-to-State Dispute Mechanism has delivered results on U.S. complaints over access to the Canadian dairy market, and Canada and Mexico are challenging the U.S. approach to rules of origin for motor vehicles. Trade disputes are to be expected in a $2.6 million-per-minute trade relationship—what is significant is the turn to USMCA arbitration to settle disputes. This signals the importance governments are placing on compliance, which also increases certainty for investors and traders. There has also been a lot of below-the-radar work done by officials from all governments that supports implementation, overcomes technical issues, and can identify ways to further expand opportunities for trade and investment. In addition, there have now been two Free Trade Commission meetings at the ministerial level, as well as a deputies meeting in January this year.

The two-year anniversary of USMCA is an opportunity to reflect on the agreement’s success, take stock, and assess the role of USMCA in driving a larger vision for expanding and strengthening North American economic relations. To this end, six leaders from business, government, and academia have outlined their vision for USMCA, identified challenges, and suggested some ways forward. Grounded in political and economic realities, these contributions provide concrete proposals for ways USMCA can help realize a more competitive, inclusive, and sustainable North American economy.

The two-year anniversary of USMCA is an opportunity to reflect on the agreement’s success, take stock, and assess the role of USMCA in driving a larger vision for expanding and strengthening North American economic relations.

Edward Alden at the Council on Foreign Relations focuses attention on an issue that matters deeply for North American relations—border management—which is not specifically addressed in USMCA. Alden argues that it is time to develop an agenda on borders, particularly in light of the experience during the pandemic where border closures by all governments were uncoordinated, leading to delays and confusion. Indeed, better border coordination and improving customs procedures will also support the goals of building more resilient supply chains and creating new opportunities for ally-shoring.

When it comes to strengthening supply chains across North America, C.J. Mahoney, former deputy United States trade representative, identifies a number of areas where the three countries can work together, including deeper policy coordination to support new manufacturing opportunities such as in semiconductors, and working to align regulations affecting digital trade. Mahoney suggests that the private sector could support USTR’s enforcement of the USMCA labor chapter by reporting on violations of Mexican labor laws. Mahoney also emphasizes the need to avoid complacency about North American economic relations, to build on the strong bipartisan support in Congress for USMCA and use the USMCA review in 2026 to update the agreement and keep it relevant.

Goldy Hyder, president of the Canada Business Roundtable, echoes similar sentiments and outlines an agenda that will contribute to a positive outcome of USMCA review in 2026. Hyder sees USMCA as “the foundation for expanding regional cooperation to address resulting threats to our national and continental economic security.” This includes in areas such as the production of electric vehicles and batteries, greater energy independence, clean energy, and better jobs.

Yet for others, the review of USMCA in 2026 also presents risks. Former Mexican Ambassador to the United States Arturo Sarukhan is concerned with how Mexican President Andrés Manuel López Obrador has weakened institutions of governance in his country, thereby reducing the capacity of Mexico to comply with its USMCA commitments. For Sarukhan, the larger concern is what weakened institutional capacity in Mexico may mean for the review of USMCA in 2026.

These contributions also include views on USMCA as a platform for engaging other countries on trade. Mahoney argues that USMCA is a new model for trade agreements that should be a basis for engaging other countries such as Australia, Japan, and the U.K. Antoni Estevadeordal, former senior official at the Inter-American Development Bank, and Eric Miller, president of Rideau Potomac Strategy Group, see the recently launched Americas Partnership for Economic Prosperity as a framework for building links between USMCA and other comprehensive regional free trade agreements (FTAs). They identify specific steps that could be taken short of opening USMCA to new countries, including mutual recognition for professional services, digital economic integration, and working on trade facilitation and common rules of origin.

All of the contributions see USMCA as providing key economic and strategic opportunities for North America. While USMCA includes many NAFTA-like provisions, it is in important respects a new agreement, and its strong bipartisan support in Congress provides a clear break from NAFTA and a chance to rethink economic integration. However, to take advantage of USMCA will require ongoing engagement by governments, relevant industries, and civil society organizations—coupled with a renewed vision of how the U.S., Mexico, and Canada will work together to build a more competitive, inclusive, and sustainable North American trade and investment relationship. This is a key focus for our work in the USMCA initiative at Brookings.

Ways to address the opioid crisis