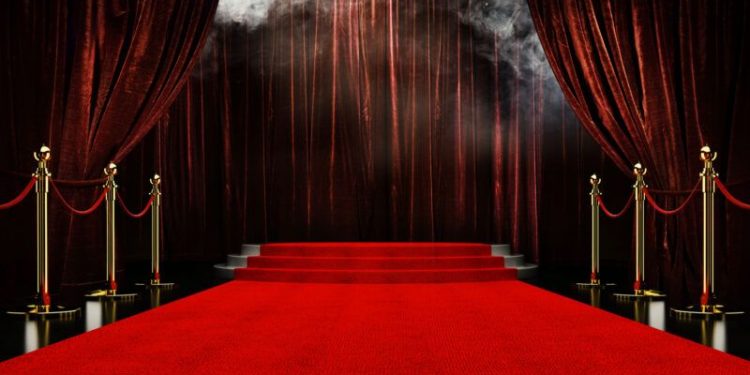 Many great movies are “based on a true story”—meaning some parts are true, but the details, even entire plotlines, are embellished with what is sometimes called “poetic license.”

Though it’s not on the big screen (yet), Christopher Leonard’s The Lords of Easy Money: How the Federal Reserve Broke the American Economy is the Hollywood version of monetary policy. Leonard explains the Federal Reserve’s activities with an engaging narrative that exposes many difficulties of setting monetary policy as well as the dangerous consequences when those policies are wrong. To do that, however, the author shoehorns complex economic issues into a simple storyline that gives many false impressions about the monetary and financial system.

Thomas Hoenig plays the hero in this story. During his time at the Federal Reserve Bank of Kansas City in the 1970s and 1980s, Hoenig witnessed banks expand their risky lending based on inflated prices and overly optimistic projections. By 1991, he rose to become the president of the regional reserve bank and served on the Federal Open Market Committee (FOMC), which decides the Fed’s monetary policy. Hoeing was later named vice chairman of the Federal Deposit Insurance Corporation (FDIC) where he championed stricter regulations for United States banks.

Current Federal Reserve Chair Jerome Powell, who began his career as a corporate attorney and investment banker before moving into private equity with the prestigious Carlyle Group, is cast as the villain. Leonard focuses on Powel’s work with the corporation Rexnord, which, in Leonard’s telling, was pushed to repeatedly increase leverage and cut costs until it was forced to lay off part of its United States workforce and move operations to a plant in Mexico. Leonard also documents Powell’s transition from a Fed Governor and an early critic of the first quantitative easing (QE) program to becoming the main advocate of such policies in his role as Fed chair since 2018.

The main focus of Lords of Easy Money is the Fed’s role in directing—or misdirecting—credit. As an independent central bank, the Fed’s objective is, or at least should be, to support the needs of trade and the financial system rather than influencing where funds are channeled and invested. Leonard explains in detail how excessively expansionary policy—particularly the massive monetary injections under QE—can seep into overleveraged financial markets, driving asset price inflation, reach for yield, and excessive risk taking.

The core of the book is dedicated to exposing the repeated cycle of the Fed driving financial risk through easy credit conditions and the buildup of risks across the entire financial system until the economy crashes into recession. Leonard blames Fed policy for a variety of economic and social ills, including an increasingly fragile financial system, heightened income inequality, even the off-shoring of manufacturing—an ongoing trend since the 1970s.

What is fact versus fiction in this story? While we should surely be wary of Fed-induced risk taking and credit misallocation, I’m skeptical that this was a major problem in the QE period. Yes, the Fed created unprecedented trillions in new base money from 2008 to 2014. But the book barely touches on the most significant change ever in the Fed’s monetary policy: its transition from a corridor system of monetary policy to a floor system when it began paying interest on the excess reserves (IOER) that banks held at the Fed.

Because the Fed was paying banks interest to hold reserves, the vast majority of money created by QE was left sitting on bank balance sheets rather than being lent out into the economy. While this topic remains divisive among economists, my recent paper in the Journal of Macroeconomics finds that the Fed’s payment of IOER caused banks to reduce their lending, likely stunting the effects of QE. Rather than driving risk-taking in the financial system, the banks held onto the newly-created, ultra-safe base money because the Fed was paying them to do so.

Could the new money added by QE have led to asset price inflation in the broader financial system? Perhaps, but this seems unlikely. Consumer price inflation repeatedly undershot the Fed’s two percent target for almost an entire decade. The Fed could have done more QE, but it probably could have achieved its target by doing less QE if it had lowered the rate of IOER, which was set higher than short-term market interest rates for most of the period. Leonard doesn’t say how to identify asset price inflation, but the combination of below-target consumer price inflation, reduced lending, and higher-than-market rates of IOER seems to indicate that money was—if anything—too tight in this period, so it was probably not driving a major price bubble in financial assets.

This criticism is especially true of the Great Recession of 2007-2009. As Scott Sumner has thoroughly exposed, the major contraction in 2008 resulted from excessively tight, not loose, monetary policy. Hoenig and a few other FOMC members vocally opposed monetary expansion. They even proposed raising interest rates during this period. This opposition inhibited the Fed’s monetary expansion, which almost certainly increased the severity of the recession. So while excessively loose monetary policy can indeed be a problem, it doesn’t appear to have been an issue in 2008 or the decade that followed. Of course, an enlarged Fed balance sheet can also lead to credit misallocation, as George Selgin has dubbed “Fiscal QE,” just not in the way described in the book.

The dangers of resource misallocation and heightened financial risk seem more plausible in the recent QE period starting in 2020. High inflation has made appropriate risk analysis more difficult. The Fed kept interest rates near zero despite the highest inflation in 40 years and nearly the lowest unemployment rates since World War II. Fed officials failed to act to curtail its monetary stimulus and ignored the warning signs of high inflation. Only time will tell if Fed policy has, in fact, created the negative effects discussed by Leonard such as excessive leverage and increased financial fragility.

Aside from monetary policy, the book discusses how Fed officials came under great political pressure during the coronavirus pandemic. The Fed coordinated with the Treasury on its monetary policy and lending programs, which, in conjunction with the Coronavirus Aid, Recover, and Economic Security (CARES) Act, allowed it to go far beyond its normal emergency lending role.

The Fed provided funds to nonbank companies and state and local governments, things former Fed Chairs Ben Bernanke and Janet Yellen said the Fed should never do. In contrast, Chair Powell promised the Fed would do “whatever it takes” to support the economy. Fed officials have bowed to political pressure to pursue climate and social goals that are clearly outside its legal mandate.

Another thing the book gets right is Hoenig’s criticism of the complexity of Unite bank capital regulations. Like a complex tax code, complex regulations allow banks to evade the burden or regulation. Because regulators cannot perfectly identify the riskiness of every asset, complexity can encourage banks to take more risk than they normally would. These rules incentivized banks to increase their holdings of highly rated MBSs and credit default obligations (CDOs) leading up to the 2008 financial crisis.

Studies by researchers from the Bank of England, the World Bank and International Monetary Fund (IMF), and even the Federal Reserve Bank of New York have all found that complex regulations are not better predictors of bank risk than simple measures such as the equity capital ratio. Complex regulations have large costs and small (possibly negative) benefits.

There are important lessons to be learned, and even readers who are already skeptical of the Fed will appreciate the thoroughness of Leonard’s explanations. Unfortunately, many “facts” and economic explanations in the book are either inadequately explained or just plain wrong. There are many minor errors and misrepresentations. Leonard’s critiques often are politically one-sided. He regularly calls for government intervention, but he generally fails to recognize government as the source of such problems or that private entrepreneurs might provide superior solutions.

It’s possible that Leonard is right about the extent of asset price inflation. Alas, the high number of factual errors in the book make it difficult to evaluate his claims. He provides little evidence that monetary policy has caused higher income inequality, lower economic productivity, or changes in manufacturing technology—all of which seem to be mostly caused by nonmonetary factors.

Lords of Easy Money provides a gripping introduction to the dangers of faulty monetary policy, but readers should be skeptical of the Hollywood version. Should we be critical of Fed policy? Yes. Should we worry about resource misallocation and excessive financial risk? Absolutely. Should we blame every economic problem (real and imagined) on the Fed? As Tom Hoenig would say, “Respectfully, no.”

Recovering the Path to Manhood