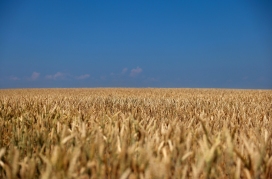 In May, a University of Maryland Critical Issues Poll found a drop in the American public’s expressed preparedness to pay a price for supporting Ukraine in its war with Russia, compared to the levels expressed in March, on three dimensions: increased energy costs, rising inflation, and preparedness to pay a price in American lives. The latest edition of the Critical Issues Poll, which I lead with Professor Stella Rouse, finds that the drop in May has not become a trend — and in fact the expressed public preparedness to pay a price has increased slightly since May, though it remains lower than it was in March. The poll of 2,208 respondents was fielded by Nielsen-Scarborough June 22-28, with a margin of error of +/- 2.09%. The finding is especially notable given the increase in oil prices and rising inflation that Americans have endured since the start of the war — and should be music to President Joe Biden’s ears as his administration has invested heavily in backing Ukraine, strengthening and expanding the North Atlantic Treaty Organization (NATO), and confronting Russia. Here are four key findings from the latest poll:

While a plurality of respondents says that both Russia and Ukraine are neither succeeding nor failing in their war efforts (37% and 40% respectively), they see Ukraine as more succeeding than failing (27% to 20%), while they see Russia as more failing than succeeding (29% to 20%). This holds for both Democrats and Republicans.

Even though the Biden administration has opposed imposing a no-fly zone (NFZ) over Ukraine, there is a growing public support for doing so, despite the concern about confrontation with Russia. Support for NFZ grew from 56% in March to 59% in May and 65% June. This trend transcended party lines, with a growing number of Republicans (52% to 54% to 57%) and Democrats (61% to 64% to 72%) supporting enforcing a NFZ should the war persist. As we noted in our article in May, an experiment we conducted in the May poll showed that respondents are more reluctant to impose a NFZ when informed of the potential direct conflict with Russia inherent in the act, but are more supportive when there is no mention of a direct connection. The trend could be a result of the public not making a direct connection to confrontation with Russia, possibly coupled with public wish for more decisive NATO support for Ukraine.

The findings suggest that the drop in American public preparedness to pay a price for supporting Ukraine and confronting Russia has not become a trend; in fact, there is a slight uptick in the expressed preparedness to pay a price, compared to a month earlier, though slightly lower preparedness to pay a price than in March. This is good news for the Biden administration which has prioritized support for Ukraine. If fatigue grows, it would be music to Russian President Vladimir Putin’s ears. Aside from the heavy price Ukrainians are paying for the war fought on their territory, the Russian people are paying the second-highest cost — much more than the cost born by Americans in their support role for Ukraine. But Putin could count on this if American fatigue grows: Over time, public fatigue in democracies is more likely to be politically consequential than in autocracies, as leaders in democracies tend to be more sensitive to the attitudes of their publics.

It is also notable that few Americans see Russia as winning the war, something that almost always affects the calculus for staying the course. Our poll finds that respondents who say Russia is failing are more likely to be prepared to pay a price for supporting Ukraine than those who say Russia is succeeding.

The story behind the proposed price cap on Russian oil

Amy Sweeny: Why is this mouse more infected than others?