You Should Care About Martin Van Buren 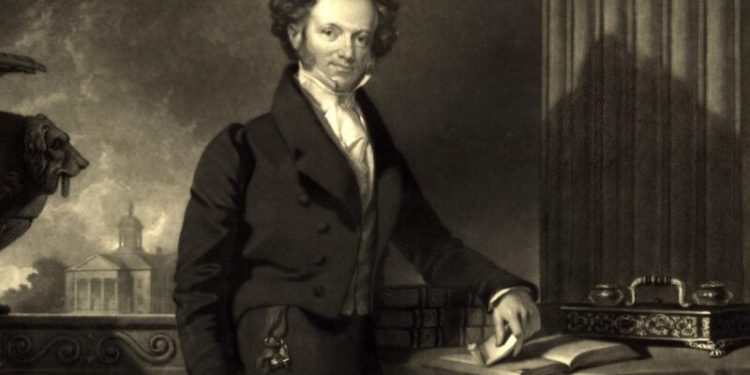 Even the most passionate history lover could be forgiven for not knowing much about Martin Van Buren — at least beyond the origin of “OK.” Time Magazine labeled him as one of America’s 10 most forgettable Presidents, and C-SPAN’s 2021 Presidential Historians Survey ranked him as America’s 34th best President, putting Van Buren far closer to worst than to first.

I’m not about to claim that Van Buren was secretly America’s greatest President; he wasn’t. His tepid response to the Panic of 1837, and his unwillingness to confront the evil of slavery until it was too late indict his administration and later political career. Much like his political rival, John Quincy Adams, however, what Van Buren did outside of the presidency is far more interesting (and important) than anything he did as President.

This is because Van Buren’s political philosophy undergirded one of American politics’ most important and enduring institutions — the modern political party. And in a political environment as polarized as ours, understanding the mechanics and ideas behind the initial wave of formal partisanship is critical to understanding American politics as a whole. Those first steps would not have happened without Van Buren. Therefore, despite his apparent unpopularity, Van Buren is someone worth your attention.

While many attribute the origin of American political parties to Thomas Jefferson and Alexander Hamilton, these early parties were not the all-encompassing political machines that would emerge later. They were highly divided ideologically, and regional and personal differences provoked massive internal conflict — especially during the so-called Era of Good Feelings after the War of 1812.

Van Buren wanted something different. Like any politician, he wanted to win, but political parties were important to Van Buren on a philosophical level as well. Van Buren argued in his autobiography that “the disposition to abuse power, so deeply planted in the human heart, can by no other means be more effectually checked [than by a political party]; and it has always therefore struck me as more honorable and manly…to recognize their necessity, to give them the credit they deserve.”

In other words, Van Buren saw political parties as an essential mediating institution that would prevent one individual from gaining too much power. Party leadership, he hoped, would limit any influence a particularly ambitious or popular person could achieve. This approach was consistent with Van Buren’s Jeffersonian liberalism, as he was skeptical of non-local governments and of government intervention more broadly.

He devoted his life and his political career to creating a political machine that was competent, meritocratic, and unified. This effort spawned two organizations. The first was the Albany Regency, which effectively controlled New York politics from 1822 to 1838. At its height, the Regency was so powerful that the now-infamous Tammany Hall in New York City served at its beck and call. It was in 1828, while Tammany was under the Regency’s control, that the organization began mobilizing Irish immigrants for the first time, an action that has affected the City’s politics ever since.

Van Buren’s second, more complicated and more important project was the founding of the modern Democratic Party. As Donald Cole describes in his biography of Van Buren, the old Democratic-Republican Party had suffered from frequent spats between north and south, and Van Buren hoped that a political alliance between New York and Virginia would heal those divisions and allow for a cohesive organization. In the beginning, this approach was successful. The new Democratic Party won the elections of 1828, 1832, and 1836 with broad coalitions of states.

Of course, as with today’s political parties, Van Buren was unable to keep everyone unified forever. Regional differences (especially regarding slavery) once again intensified, and Van Buren (probably undeservedly) was hit with the blame for the Panic of 1837. His defeat at the hands of William Henry Harrison was inevitable. After another failed presidential campaign as part of the Free Soil Party in 1848, Van Buren faded into obscurity.

But his fingerprints remain all over American politics. The Democratic Party has survived for nearly 200 years, and many of the structures and institutions Van Buren created have proven constant. Furthermore, as historian Robert Remini wrote in the Encyclopedia of American Biography, Van Buren “emphasized the importance of building popular majorities and…perfected political techniques which would appeal to the masses….Heretofore parties were regarded as evils to be tolerated.”

Martin Van Buren may not be everyone’s favorite President, but he is worth studying. After all, an estimated 28 percent of Americans identify with the Democratic Party. People should at least know how their political party came to be and why it endured.