Today’s global economy is eerily similar to the 1970s, but governments can still escape a stagflation episode 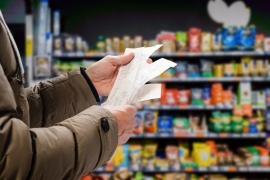 The global economy is in the midst of a sudden slowdown accompanied by a steep run-up in global inflation to multidecade highs. These developments raise concerns about stagflation—the coincidence of weak growth and elevated inflation—similar to what the world suffered in the 1970s. That experience should be warning of the damage this could wreak on emerging market and developing economies (EMDEs). The stagflation of that era ended with a global recession and a series of financial crises in EMDEs. In light of the lessons of that stagflation episode, these economies need to do a quick rethink of policies to cope with the consequences of rapidly tightening global financing conditions.

Inflation and growth: moving in opposite directions

In May 2022, global inflation (8.1 percent) and EMDE inflation (9.4 percent) were at their highest levels since 2008. Inflation in advanced economies reached its highest level recorded during the last four decades. As recent shocks in energy and food prices recede, supply bottlenecks ease, and financial conditions tighten, global inflation is expected to decline to about 3 percent next year. But this would still be about 1 percentage point above its average in 2019, before the pandemic turned the world upside down.

After collapsing during the 2020 global recession, global growth rebounded to 5.7 percent in 2021, supported by unprecedented fiscal and monetary policy accommodation. However, growth is now expected to slow to 2.9 percent in 2022 with little change in 2023-24 because of the war in Ukraine, the fading of pent-up demand, and the withdrawal of policy support amid high inflation. Beyond the near-term, global growth is expected to remain subdued over the 2020s, reflecting a trend weakening of the fundamental drivers of growth.

The growth slowdown is steeper, inflation increases not quite as bad (yet)

A. Slowdown in growth after global recessions

Notes: CPI = consumer price index; EMDEs = emerging market and developing economies. A. Figure shows changes in global growth (in percentage points) between 2021-24 and 1976-79; covers three years following a rebound from a global recession; B. Annual averages of headline and core CPI inflation in the United States and global (average across 66 countries). 2022 is based on the averages of January to May 2022; C. Figure shows nominal and real (CPI-adjusted) short-term interest rates (Treasury bill rates or money market rates, with the maturity of three months or less). Global interest rates are weighted by GDP in U.S. dollars. Sample includes 113 countries, though the sample size varies by year; D. Percent change in monthly energy and food price indices over a 24-month period. Because of data limitations, prior to 1979, the energy price change is proxied using the oil price change.

Critical differences from the 1970s

While the similarities outlined above are worrying, there are important cyclical and structural differences between the 1970s and the current situation. These mean that the global economy could yet escape a repeat of that stagflation episode.

A. Number of countries with inflation targeting

Notes: TOE=Tonnes of oil equivalent. A. Based on the clarification of IMF Annual Report on Exchange Arrangements and Exchange Restrictions and country-specific sources; B. Collective bargaining rates indicate percent of employees with bargaining powers. Trade union density rates indicate the number of union members as a percent of total employees. Aggregation is based on median across a balanced set of 25 economies; C. U.S. consumer inflation expectations based on April 2022 University of Michigan survey; D. Energy includes coal, natural gas, and oil. TOE stands for tonnes (metric tons) of oil equivalent. Aggregates calculated using GDP weights at average 2010-19 prices and market exchange rates.

A sluggish response to serious risks

Concerns about persistently above-target inflation have already prompted central banks in most advanced economies and many EMDEs to tighten monetary policy amid a sharp growth slowdown. Despite this tightening, as of May 2022, real policy rates (adjusted by actual inflation) remain deeply negative in the average advanced economy (-5.2 percent) and in the average EMDE (-3.2 percent).

If inflation expectations de-anchor, as they did in the 1970s, because of persistently elevated inflation and repeated inflationary shocks, the interest rate increases required to bring inflation back to target in advanced economies will be greater than those currently anticipated by financial markets. This raises the specter of the steep increases in interest rates that brought inflation under control but also triggered a global recession in 1982. That global recession also coincided with a string of financial crises and marked the beginning of a protracted period of weak growth in many EMDEs.

If current stagflationary pressures intensify, EMDEs would likely face economic danger again because of their less weakly-anchored inflation expectations, elevated financial vulnerabilities, and dwindling growth prospects. This makes it urgent for their governments to shore up their fiscal and external buffers to stave off potential contagion, strengthen their monetary policy frameworks to reduce policy uncertainty, and implement structural policies to reinvigorate growth.

How the Fed Painted Us into a Corner

The new landscape of abortion rights in America