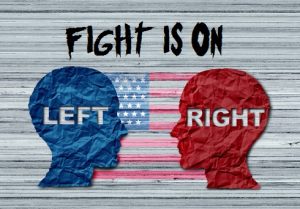 After examining 12 months of data from 1.7 million Americans, the Associated Press (AP) has found that people are fleeing the Democratic Party. The Democrats enjoyed a slight edge while Trump was in power, as the outspoken president seemingly polarized voters who felt the two parties represented good v. bad. Inflation is running at a 40-year high, people cannot afford rent, crime has skyrocketed, the borders are open, and we are in the midst of an energy crisis – the list of issues that the Biden Administration has created is endless.

It is no wonder that 1 million voters in 43 states have switched to the Republican Party in the past year. The poll noted that middle-class suburban dwelling voters have been even more likely to switch parties, which spells trouble for the Democrats who previously relied on this demographic in swing states. In swing state Pennsylvania, for example, party changers switched to the GOP from 58% to 63%.

Biden’s popularity seems to diminish weekly. Democratic lawmakers have lost control of their cities and crime will continue to rise with poverty. COVID fear-mongering worked for only so long. Now, people are disgruntled with the “new normal” and are shifting their political beliefs to align with traditional American morals.

The post A Red Wave is Coming first appeared on Armstrong Economics.