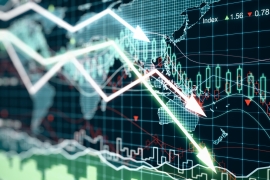 It’s a cardinal principle of private enterprise: A business that stumbles into the deep end on its debt deserves a second chance—an opportunity to “start afresh” after a financial misfortune. For more than a century, that tenet has enabled businesses to take the financial risks they need to succeed. Today, the right to a second chance is enshrined in the corporate bankruptcy laws of most leading economies.

Yet the same indulgence is denied to governments—with predictably grave consequences for the poorest citizens of the poorest countries. At the end of 2021, governments in low- and middle-income economies owed an estimated $9.3 trillion—a record—to foreign creditors, mostly to private creditors and bondholders scattered across multiple countries. For them, no bankruptcy court exists to ensure a prompt and orderly restructuring if a debt crisis approaches. Instead, they must pick their way through a procedural maze that is governed more by quaint conventions than by statute.

Governments have a compelling public interest to adopt legislation to end this imbalance. Consider it a long-overdue step to protect their own taxpayers from third party exploitation—something national legislatures do all the time.

The time has come to rectify the imbalance. As global growth fizzles and interest rates surge, the risk of a spate of debt crises is rising—and yet the available mechanisms for tackling them are deeply inadequate. Time is too short to permit the type of large-scale statutory solutions—such as the Sovereign Debt Restructuring Mechanism—that are often defeated by their own ambition. But just a few legislative tweaks could make a world of difference, especially if they’re coupled with other reforms that have been proposed by the World Bank and the International Monetary Fund.

Not surprisingly, progress has been glacial. Just three countries—Chad, Ethiopia, and Zambia—have sought relief under the Common Framework. More than a year after they applied, little movement has occurred. That is consistent with the experience of the G-20’s Debt Service Suspension Initiative (DSSI), which urged (but did not require) borrowing countries to secure comparable concessions from private and government creditors alike. In the DSSI, only one “private” creditor participated, but that was simply a national development bank that identified itself as a private creditor.

In a significant number of developing economies today, debt restructuring cannot occur without the full participation of foreign private creditors. Low- and middle-income governments owe more than $2 trillion to private creditors—roughly five times the amount they owe to government creditors. Most of the private debt, moreover, is owed to bondholders who often purchase the right to collect in secondary markets.

Among bondholders, a small minority are vulture investors—those who focus on the distressed debt of governments, buying their bonds at a deep discount with the goal of suing to collect full payment. These investors have little incentive to participate in debt-relief initiatives: To maximize their return, they hold out until other creditors make concessions—in the expectation that concessions from others will free up cash that enables the holdouts to collect the biggest possible payoff. That is a form of freeriding that hurts all other creditors.

Granting distressed governments even a few of the legal protections routinely granted to distressed businesses would fix much of the problem. Enacting them in just a few jurisdictions—New York and London, for example—would make a large difference, given that nearly all external sovereign-debt contracts of developing economies are governed by the laws of these financial centers. The Common Framework—the debt restructuring program endorsed by the G-20 for 73 of the world’s poorest countries—might be a good place to try out one or more of these techniques.

First, specify that all creditors have a legal duty to cooperate in good faith in a sovereign-debt restructuring. The good-faith principle is already embedded in the legal systems of many countries, and it is a key private-sector principle, as well. It should be codified, specifying that creditors have a duty to cooperate in a Common Framework restructuring once the government’s debt has been found to be unsustainable and the creditor has been invited to participate on comparable terms to other creditors.

Second, limit how much a creditor can collect in a legal proceeding outside the Common Framework process. The goal should be to link the maximum permissible amount to the amounts recovered by other creditors under the Common Framework. But the limitation should be applicable only in narrow circumstances—once the framework has established a formula to ensure equal burden-sharing among creditors and once debt relief has been agreed to by a supermajority of creditors.

Third, curb the ability of creditors to seize the assets of a debt-distressed government that has acted in good faith. Some governments have already moved in this direction. France, for example, adopted a law in 2016 that restricts the ability of French courts to authorize the seizure of foreign state assets to satisfy the debts of a country receiving overseas development aid. Such an approach can protect sovereign assets even if a court judgment has been rendered for a higher amount than is being received by other Common Framework creditors.

Fourth, retrofit—wherever feasible—collective-action mechanisms into existing debt contracts. Sovereign bond contracts issued over the last 20 years have increasingly included collective action clauses that facilitate agreement on restructuring: A decision by a supermajority of bondholders allows the agreement to prevail even over dissenting bondholders. But syndicated loans do not—and these account for a considerable portion of the sovereign debt issued by developing economies. Legislation to adopt such clauses into all sovereign-debt contracts going forward would help rectify the problem.

For too long, governments with the power to fix the inherently flawed global debt-restructuring system have opted not to do so—at a rising cost to their own taxpayers. In a debt crisis, governments inevitably take a back seat to private creditors in getting their money back: Private creditors get paid first, and they get back roughly 20 percentage points more of their funds than governments do.

Governments have a compelling public interest to adopt legislation to end this imbalance. Consider it a long-overdue step to protect their own taxpayers from third party exploitation—something national legislatures do all the time.

The Reshuffling Report No. 2: Procedures and selections for China’s 20th Party Congress