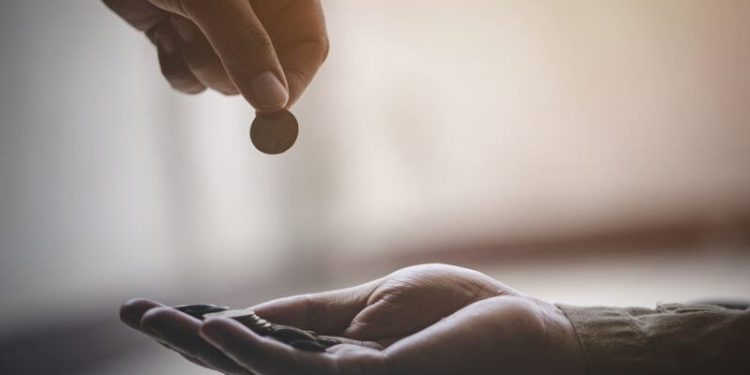 As Hayek once argued, the history of the world can be depicted as a history of inflation. After all, inflation affects everything from the cost of an egg to the cost of procuring and transporting that egg.

When we think about inflation, however, we almost never think of the public education system. Yet public schools are not uniquely spared from inflation’s effects. Prices for basic goods like books, papers, pencils, and school lunches have all increased substantially in recent months. As anyone with a vehicle knows, oil and diesel, which are needed to power large fleets of school buses, have become ridiculously expensive. These problems are only compounded by lingering supply-chain disruptions.

As such, many school districts have to make a choice: They can either take responsibility and trim the excess fat off their finances, or they can beg taxpayers for more money in the form of tax hikes and new bonds. Naturally, being government entities, most school districts have chosen the latter. Even with pandemic closures and myriad culture war battles, a majority of parents still trust their local public school system. Districts are abusing that trust for cash.

It’s a common myth that public schools are, especially in light of recent inflation, strapped for cash. They’re not. In fact, American public school spending is 34 percent higher than in other developed countries. But what public schools have in cash they lack in fiscal sense. Stories about enormous amounts of debt and luxurious, taxpayer-funded retirement parties are commonplace. And these stories have only intensified since schools were given hundreds of billions of dollars in pandemic relief funds.

For an example, look no further than Mesa Public Schools (MPS) in Arizona. Teachers have begged parents for basic supplies like paper and pencils, as the district has claimed that they no longer have the funds to supply them. MPS also asked the state to cover a $5 million deficit in transportation costs, of which the state supplied approximately $2 million. Yet MPS also refuses to explain where $32.3 million in pandemic relief funds went, and now some grassroots activists are demanding a state audit.

Even in districts that are reporting their spending properly, it’s easy to see where most of the money is really going. Although there have been increases in spending on students and teachers over the course of the past few decades, spending on central administration has exploded. And examples abound of administrators making absurd salaries. As Reason’s Aaron Smith pointed out, the superintendent of Tatum Independent School District in Texas is paid more than $233,000 annually to oversee a district of just 1,716 students. In addition, the Miami Dade School Board just approved a six-figure salary — equivalent to that of an assistant superintendent — for Maribel Bruscantini Dotres, who works a human resources job. She also happens to be the superintendent’s wife.

But instead of trimming some of the administrative bloat, districts are asking taxpayers for more money. Oklahoma City Public Schools hasn’t asked voters for a bond in 12 years, but they’re planning to do so now. Texas’ 205 proposed bonds in May carried a record amount of debt (104 of the bonds passed). New York’s voters approved 99 percent of proposed school budgets, many of which included sizable tax increases.

People are struggling to buy groceries, pay for gas, and keep a roof over their heads. The baby formula shortage is still ongoing. While school districts’ budgeting concerns stemming from inflation are understandable, they are not an excuse to treat the public like a money tree that never fails to flower. In such circumstances, school districts are not treating the community like a partner whose help they require in a time of need. Instead, the public is being lied to, mistreated, and taken advantage of to line administrative pockets. With these abuses in mind, it’s no wonder that more and more involved parents are supporting school choice policies.

While there isn’t much that can be done in the short term to mitigate public school excess, taxpayers should at least be aware that public schools are using inflation as an excuse to extort them. Those excesses may hurt, but they should be remembered at the ballot box or in legislative testimony. After all, there are alternatives.

The Rise of Libertarianism in Latin America

Bug Off and Let People Enjoy Their Food