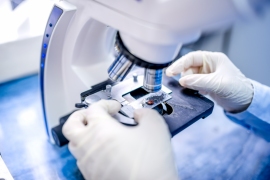 On Wednesday, June 15, the Senate Committee on Health, Education, Labor and Pensions advanced its version of the must-pass Food and Drug Administration (FDA) user fee reauthorization bill. Previously, I had reviewed several key similarities and differences between the Senate and House bills, with a focus on their impact on reforms to the prescription drug approval process.

In this article, I delve deeper into an important aspect of the Senate bill which is not yet present in the House’s version: the Verifying Accurate Leading-edge IVCT Development (VALID) Act, which would provide FDA with greater authority to regulate diagnostic tests. I provide a brief explanation of these tests and FDA’s previous efforts to regulate them, before analyzing core provisions of the VALID Act and how it would change the existing legal landscape. Finally, I briefly look ahead to issues that may arise as a result of these changes, including FDA’s relationship with the Centers for Medicare and Medicaid Services (CMS).

Why foreign talent is critical to national security: A conversation with Joseph Votel and Christine Fox

Regulators should rethink the way they assess bank mergers

Transforming education systems: Why, what, and how