What Can Healthcare Prices Teach About Inflationary Woes? 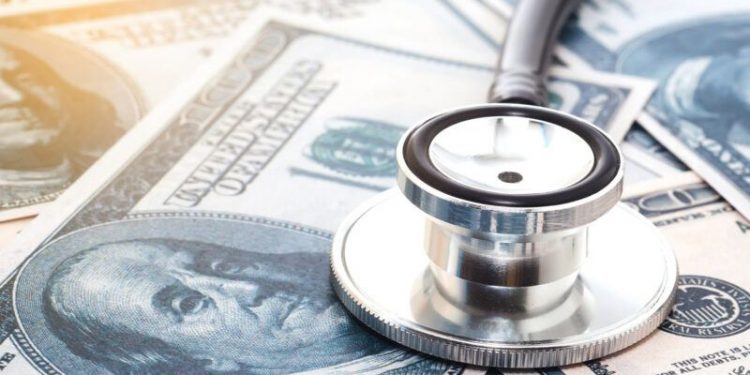 Tammy Ferrell is taking drastic measures to feed her family as inflation reaches a 40-year high. Even after replacing meat with noodles and walking to the grocery store to save gas, she still found herself skipping meals to make financial ends meet. Many others are making similar sacrifices.

Prices have increased an estimated 8.6 percent over the past 12 months. The most recent inflation measures estimate a 1 percent increase in prices this May. Energy prices, which impact the cost of making countless other goods, have been particularly hard hit. The US energy index, which measures price inflation for gasoline and natural gasses, estimates fuel prices have risen an alarming  34.6 percent since last April.

The Federal Reserve, which is normally tasked with managing monetary affairs in the US, has been sluggish at best in combating inflation. This is incredibly frustrating because, as economist John Cochrane writes in a Chicago Booth Review article, we’ve experienced similar inflation before, and successfully addressed it with contractionary monetary policy.

Unfortunately, addressing inflation may be more of an incentive problem than a “what policy should we adopt” problem. Examining the US’s healthcare industry through the lens of public choice economics provides evidence.

Becker’s Hospital Review notes that the US healthcare sector has been relatively unimpacted by inflation (so far). But this is somewhat misleading because healthcare prices have been increasing for decades.

According to data from the US Department of Labor’s Bureau of Labor Statistics, medical inflation has increased 3-4 percent every year since 2010. Even in 2020, when healthcare access was strongly curtailed because of COVID-19, medical inflation measured 4.11 percent. The same data reveals that annual medical inflation has exceeded 8.6 percent five times since 1982. This is to say nothing of US healthcare expenditures, which comprises about 20 percent of GDP, and are expected to increase about 5.5 percent per year over the next decade.

Despite passing countless regulations, politicians have made little progress in bringing down healthcare costs. But their failures have been quite lucrative. Politicians and special interests benefit from US healthcare’s expensiveness while the American public foots the bill.

Public choice economics reminds us that political exchanges, like those between politicians and healthcare providers, result in concentrated benefits, but dispersed costs. Politicians need funds and votes to get elected. Bureaucracies need resources to keep and expand their influence. Large healthcare providers are willing to exchange with both parties if they receive favorable treatment to help boost their profits.

Healthcare is full of examples of privately lucrative but publicly harmful political exchanges. Pharmaceutical companies sometimes spend more on lobbying than research and development. Health insurance providers receive considerable subsidies from the federal government through Medicaid and other state-run programs which enjoy more influence. Hospitals networks establish certificate of need (CON)  laws with governmental support, which stifle competition. There is a well-established “revolving door” of employment between drug producers and the Food and Drug Administration.

Incentive concerns do not always prevent needed reforms. The Federal Reserve has raised interest rates to halt inflation before. Some areas of healthcare have undergone deregulation. But historically, they are much less likely than granting the government more authority to solve the issues it has helped to create. And more government influence increased the demand for government favors, motivating special interests to dedicate more resources to secure and maintain them.

The Workhouse of the Early Court

The Centenary of Ludwig Von Mises’s Critique of Socialism