The Heat Wave is Right on Target into Peak 2024 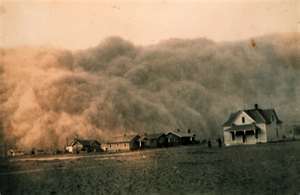 COMMENT: Mr. Armstrong, your forecast for 2022 to be hot and dry has come true. It was 86 years from the Dust Bowl. Do you try to get those in government to listen? Obviously, all the dead cattle would have survived if people would just follow your model.

ANSWER: I suppose I have given up in that regard. I think that is part of the crash and burn is necessary to change the thinking process. We are in the midst of climate change which has a natural cycle. The Dust Bowl was the same as we see today. There was extremely dry, hot weather that exacerbated farming and turned regions into scorching, dust wastelands. I remember in school they blamed the farmers saying they failed to rotate crops. But the record high summer temperatures in the Central U.S. during July 1936 had killed some 5,000 people in addition to livestock.

ABC News said that the temperature was forecast to reach 96 degrees in Minneapolis, which could see its longest June heat wave since 1949. The city has already had four days with temperatures in the 90s. Of course, everyone and their twice removed ex-spouse are blaming climate change. Why not? It’s just obvious. The actual record highs back then reached 112.5 degrees. Don’t worry, we still have time left for this to get even hotter.

If we are simply objectives, this is 86 years from 1936 when many called it a “living hell on Earth” during the Dust Bowl conditions. The National Oceanic and Atmospheric Administration recently announced that the 2021 meteorological summer (June-August) has matched 1936 as the hottest summer on record in the continental U.S. Over 18% of the Lower 48 states have experienced record warm average summer temperatures.

By 1937, they were talking about buying land that was no longer suitable for farming. All the hobos were former people who worked in agriculture and no longer had a job. These continuously rising temperatures are NOT human-caused climate change. People were dying from heart attacks during the 1936-1939 period.

The Dust Bowl began in 1935 and lasted for about 4.3 years into 1939. It has been our model which warned that post-2020 into 2024 would be a commodity boom and it would be based upon shortages. In addition to the stupidity of COVID, then the Ukraine War, add to that the climate, as we have one highly dangerous collision of cycles that were coming together beginning 2020.05.

The post The Heat Wave is Right on Target into Peak 2024 first appeared on Armstrong Economics.

The Model on War & Food Shortages

What Did Mothers do Before Baby Formula?

US Embezzles an Additional $3 Billion to Ukraine