This Old House Testifies to the Marvels of the Market Economy 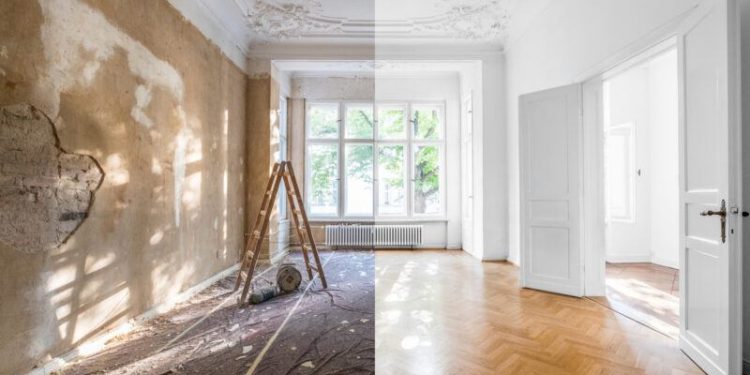 There are few television programs that reveal the marvels of modern innovative markets as well as the long-running PBS show, This Old House. Revealing the wonders of markets, of course, isn’t the intention of the show’s producers, cast, or crew. But as Adam Smith would observe, they are led by an invisible hand to promote an outcome that is no part of their intention. Happily so.

During each season of This Old House, now hosted by Kevin O’Connor, a handful of skilled carpenters, masons, plumbers, painters, electricians, and landscapers refurbish a few old houses into new, gleaming beauties. Over the course of several episodes, skilled craftspeople expose viewers to the latest techniques and products for repairing and improving homes. Viewers also witness the application of the specialized knowledge that each worker brings to his or her task.

Abundantly apparent is the importance of this specialized knowledge. A star of the show today is Tom Silva, co-owner of a general-contracting company that builds and remodels houses. Mr. Silva’s knowledge of the many different materials available for use in home construction is quite impressive. This knowledge is topped only by Mr. Silva’s skill at actually using these materials, and by his ability to use the various tools that work best to craft these materials into the likes of repaired walls, stronger ceilings, and entirely new rooms.

Knowledge no less specialized and valuable is possessed and used by Richard Trethewey, an expert in plumbing, heating, and cooling systems, by landscaping specialist Jenn Nawada, by electrician Heath Eastman, and by painter Mauro Henrique.

Together, these craftspeople, and several others who assist them at the job sites, coordinate their efforts to bring about spectacular finished results.

While watching This Old House I’m struck throughout each episode by the indispensability to modern life of all this specialized knowledge. I’m certain that nearly everyone reading these words is, as I am, incapable of wiring a house for electricity, of arranging new piping to build a bathroom where none previously existed, or of turning an old kitchen into a living room and an old garage into a modern kitchen. And yet each of us lives in a house wired for electricity, and equipped with indoor plumbing and with a modern kitchen and living room.

Each of us, every day, benefits from the highly specialized knowledge obtained and used by the many strangers who built our homes and fitted them with these conveniences. And each of us enjoys these conveniences despite being personally incapable of producing them. Among the paramount marvels of modernity is the fact that the efforts of countless specialized producers are, every hour of every day – and today from around the globe – called forth and then coordinated to form a steady stream of goods and services that the richest potentates and poohbahs of the not-so-long-ago past could not have dreamed of possessing.

Also made abundantly clear by each episode of This Old House is the fast pace of innovation. Improvements abound in the likes of plumbing fixtures and appliances. For example, a kitchen faucet that was luxurious ten years ago is today outmoded, surpassed by ones sporting not just new designs but clever features, such as enabling users to start and stop the water flow without touching anything. There are also amazing showerheads, lightweight but sturdy bathtubs made out of resin and limestone, smart doorbells, and new alarm systems.

Yet perhaps even more impressive are incredible new building materials. Examples include slender bricks for fireplaces and chimneys that create the pleasing aesthetic of full bricks but without requiring the support of a heavy foundation; rain gutters made with extruded aluminum; and a rich assortment of advanced materials for decking.

Also attention-grabbing are many of the tools used by the carpenters and other craftspeople. Very seldom, for example, does any carpenter in This Old House wield an old-fashioned manual hammer. Pneumatic hammers are a tool of choice, allowing carpenters to drive nails in a fraction of the time required to do so manually. Construction time and costs are thus driven lower than otherwise.

Adam Smith noted that the greater is the degree of specialization, the greater is the impetus to create tools to assist workers. Tools enhance each worker’s productivity; each worker works not only faster but also in ways that result in fewer mistakes. This increased productivity, in turn – by enabling tasks that once required many workers now to be performed by fewer workers – releases workers to profitably specialize in trades that would otherwise be too costly to practice. Expertise is increased, which then further raises the quality and lowers the cost of the final product.

It’s impossible to convey in words the amount of specialized knowledge, as well as the amazingness of modern building materials and tools, that are routinely, and entertainingly displayed in each and every episode of This Old House. If you aren’t already a regular viewer of this program, I urge you to give it a try. Like most viewers, you’ll get great ideas for how to improve your own home. More importantly, though, you’ll witness the indispensability of specialization, the value of skilled and serious workmanship, and many of the fruits of market-driven innovation.

The Centenary of Ludwig Von Mises’s Critique of Socialism

No History of Education Vouchers Is Complete without Thomas Paine

No History of Education Vouchers Is Complete without Thomas Paine

Can the abortion issue save Democrats in the 2022 midterm elections?

An Interview with Martin Armstrong