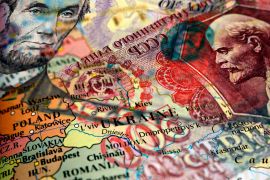 In the three months since Russia invaded Ukraine, we have witnessed the U.S., the EU, and other economies move in concert to impose the most sweeping economic sanctions measures in modern history on Russia. Given the size of the Russian economy, these measures have been unprecedented not only in their scope but in the magnitude of cooperation among Western partners. These sanctions and high levels of coordination among the West signal a potentially new stage in economic globalization. On the one hand, the risks of economic interdependence have been laid bare as countries have demonstrated a willingness to deploy an arsenal of nonmilitary tools to create costs for adversaries pursuing foreign policy goals not contemplated by the rules-based international order. On the other hand, the situation raises important questions on what opportunities for similar cooperation may exist to grapple with other significant present and emerging international economic challenges. It remains to be seen how countries will adapt to this new reality and what this means for economic globalization going forward.

On June 27, the Global Economy and Development program at Brookings will co-host a virtual event with the American Enterprise Institute to explore what conditions existed to produce comprehensive cooperation among the U.S. and its allies in the context of the situation in Ukraine and lessons learned, and what this may mean for the future of the global economy and globalization.

Viewers can submit questions via email to events@brookings.edu or via Twitter using #EconomyAfterUkraine.

The California primary—what happened to the revolution?

The California primary—what happened to the revolution?