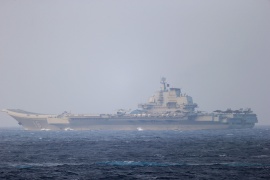 In this 100th episode of Dollar & Sense podcast, former Australia Prime Minister Kevin Rudd, now president of Asia Society, discusses his new book, The Avoidable War: The Dangers of a Catastrophic Conflict between the US and Xi Jinping’s China (Public Affairs, 2022). Rudd calls Taiwan the “core strategic tension” between China and the United States, discusses how the U.S. and China can manage strategic competition, looks at trade issues in the region, and describes China’s challenge to the current U.S.-led international order.

The Avoidable War: The Dangers of a Catastrophic Conflict between the US and Xi Jinping’s China, by Kevin Rudd

Taiwan’s economy during a time of global uncertainty

Taiwan’s economy during a time of global uncertainty

Can We Teach the “Federalist Papers” Today?