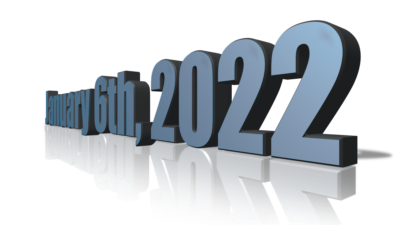 Today on January 6th, 2022, Britain warned Moscow that it was working with Western partners on high-impact sanctions targetting Russia’s financial sector should it invade Ukraine. Of course, Russia could equally turn off the flow of gas to Europe and watch it freeze. That would cripple Germany. There U.S. Secretary of State Antony Blinken and German Foreign Minister Annalena Baerbock met in Washington on the 5th to discuss the Ukrainian Crisis. The major critical issue was that of the increase of Russian troops along the border of Ukraine. The issue appears to be over Ukraine’s attempts to join NATO. Both representatives agreed that this military presence is very dangerous. Meanwhile, the G7 warned Russia of ‘massive consequences’ if Ukraine is attacked.

President Vladimir Putin has demanded legally-binding guarantees that NATO will not expand further eastwards. NATO has been provoking Russia for years. While claiming to be purely defensive and Russia as the aggressor, NATO has used the fall of the Soviet Union to move eastward. The West simply seems to ignore Putin and then blames him as an aggressor.

“We will not accept the campaign Russia is waging to subvert its democratic neighbours,” Foreign Secretary Liz Truss of Germany told parliament. “They have falsely cast Ukraine as a threat to justify their aggressive stance.” “Russia is the aggressor here,” Truss said. “NATO has always been a defensive alliance.” That is pure nonsense. NATO has been decisively moving eastward and sees Russia as its enemy. Without Russia, NATO would not exist.

Much of Eastern Ukraine is composed of ethnic Russians who moved there during the Soviet Union. I warned from the outset this is not a game of monopoly. Just because that was the border of Ukraine under the Soviet Union means nothing. Even Crimea was historically Russian and was only given to Ukraine to administer during the Soviet Union. Russia annexed the Black Sea peninsula of Crimea from Ukraine in 2014, and the West imposed sanctions while hurling condemnation at Putin. Kyiv demands the territory back as if this is a Game of Thrones Conquest App.

Those in Crimea are predominantly Russian and there are Tatars there from the old Mongol invasion days. The border should be redrawn according to the language. This would be no different from Mexico demanding the return of Texas when the majority of the people are Americans. People’s lives are lost for such political posturing. The old days of Empire are long gone. The wealth of a nation is its people – not the territory it occupies.

So is January 6th, 2022 the day of decisions with these announcements and will amount to the Die is Cast? Our model does not like the other side of February in many markets.